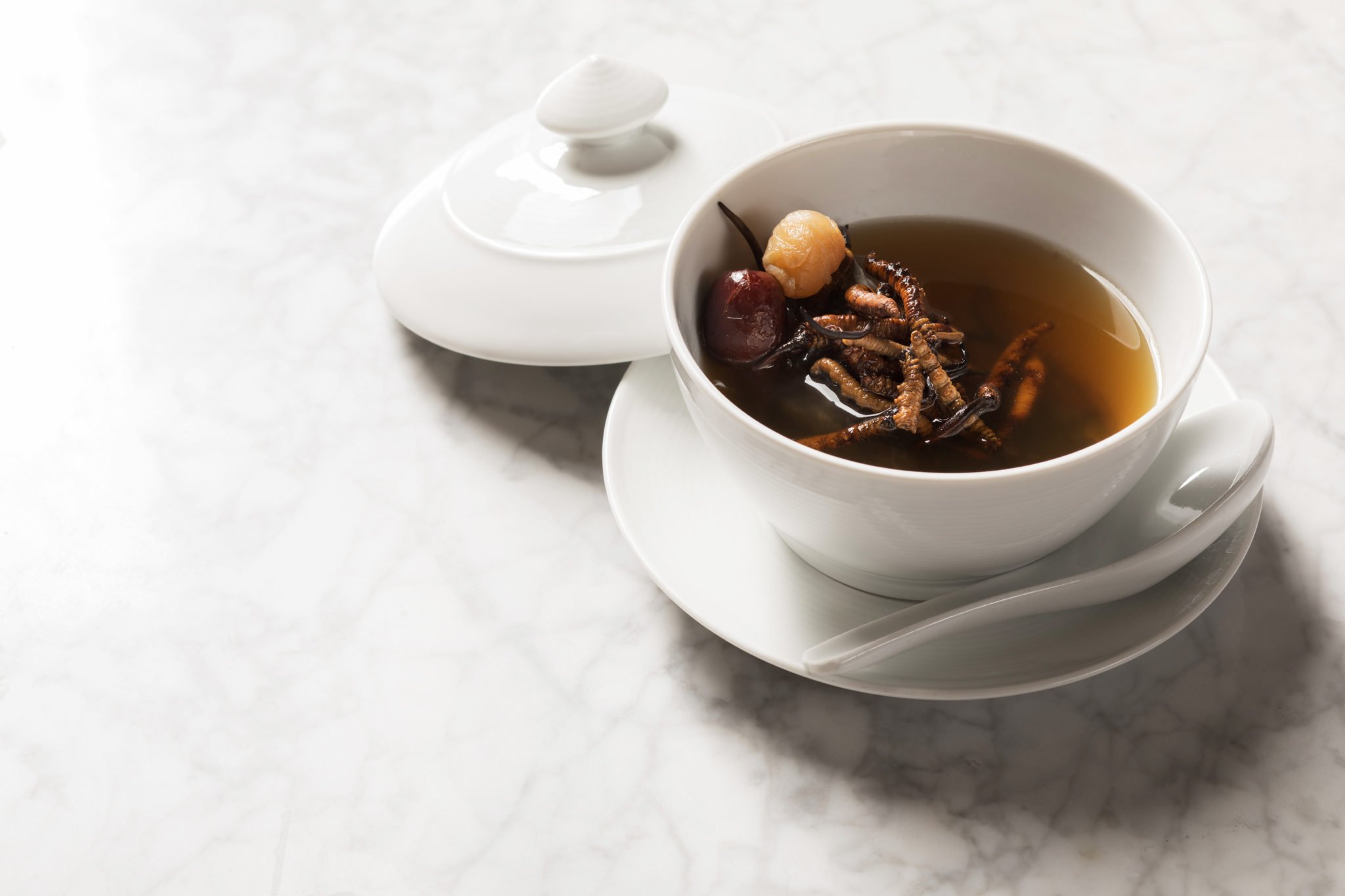 My mama would be proud to know there is now a chicken soup more valuable than hers, In fact, The Cosmopolitan of Las Vegas has made a bold new addition to the Talon Club Menu: a $688 soup that is literally worth more than its weight in gold.

I used to say my mom’s homemade chicken noodle soup was the best thing ever, and it did always make me feel better when I was growing up. However, The Cosmopolitan of Las Vegas‘ new version takes it to another level.

Valued at over $14,000 per gram, the Cordyceps fungus was handpicked in the Himalayan Mountains and traveled all the way to Las Vegas to create this Cordyceps Soup. The “caterpillar fungus” is historically rare due to its growth in select seasonal locations with altitudes of 3,800 meters above sea level in exclusive parts of the world where these special caterpillars can survive.

Our special ingredient, the Cordyceps fungus, is believed to have extremely powerful healing properties such as acting a natural cancer treatment, anti-aging supplement and even an aphrodisiac,” stated Bryan Fyler, Executive Chef of The Cosmopolitan of Las Vegas.

Exclusively offered to the clientele of The Talon Club, a VIP private gaming room at The Cosmopolitan of Las Vegas, the Cordyceps soup features black-skinned chicken breast, longan berry, and red date in an earthy, tea-like broth with a quarter ounce of Cordyceps in every bowl. No noodles though.

This soup is priced at just $688 per bowl – a small cost for all those potential benefits (especially if you’re winning at the blackjack table). The restaurant sold approximately 100 servings in 2017.

Well, wouldn’t my mama be tickled to try that!