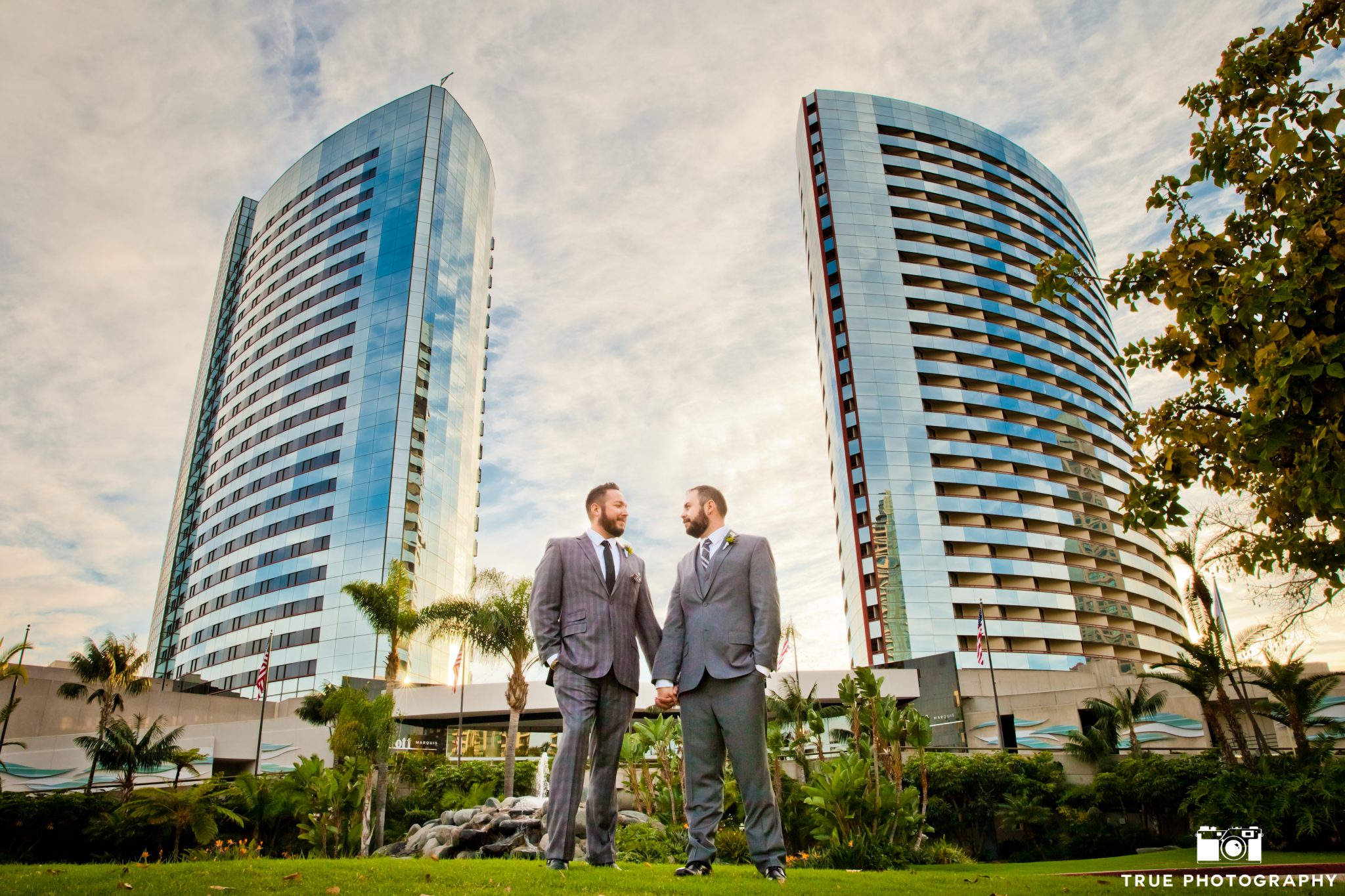 It’s nice to see the local boy make good. The Marriott Marquis has held a dominant position on the San Diego skyline for many years. Now they are being heralded as dominant in the LGBTQ world. (Pun intentional.) The hotel was just honored as a winner in the Hotel, Business category for the 2019 Gay Travel AwardsSM. It is officially one of the best gay friendly hotels in San Diego.

The Marriott Marquis San Diego Marina was called out for exemplifying “the qualities that many LGBTQ+ travelers seek out and value”, according to gaytravel.com. These are the folks behind the Gay Travel Awards. It’s so great to see hotels being recognized for their commitment to the LGBTQ travelers, both business and leisure. Not too many years ago, we couldn’t have said that about companies like Marriott. We love seeing the big brands like Marriott, Hilton, Kimpton and more all doing the right thing.

The Marriott Marquis San Diego Marina is located right on the San Diego waterfront across the boardwalk. It’s literally steps from the marina, bayfront parks, the Convention Center and Gaslamp Quarter. We often steer friends there when they are visiting San Diego, particularly if they want a large-hotel experience. The pool is especially stunning.

Personally, we’ve been to this hotel for black tie galas, business conferences and giant conventions so many times we’ve lost count. They do a great job for such a massive property, and really have it dialed in. Plus as they say – location, location, location.

In support of the LGBTQ community, the property features a Pride and Joy Couples Package. This package invites guests to relax, connect, and feel the romance when they book their stay. Valid through December 2, 2020,  the package includes a buffet breakfast for two, courtesy of the property. Just one of the reasons the Marriott Marquis is one of the best gay friendly hotels in San Diego.

Why the San Diego Marriott Marquis?

According to awards organizers, “The goal of the GayTravel Awards is two-fold: first, to recognize and showcase select inclusive travel-related companies and destinations that resonate with our discerning audience. And second, to inspire other companies and brands around the world to continually raise their service levels and amenities while encouraging a broad spirit of inclusiveness.  The Marriott Marquis San Diego Marina epitomizes these values.”

And then there’s the Manchester Hyatt, located next door to the Marriott Marquis. I wish we could say the same thing about it – but it are not one of the best gay friendly resorts in San Diego. But it’s owned by known anti-gay developer Doug Manchester, who only reported a change in his position when it become politically necessary for him to do so. It’s hardly likely that property will win an award in this category.