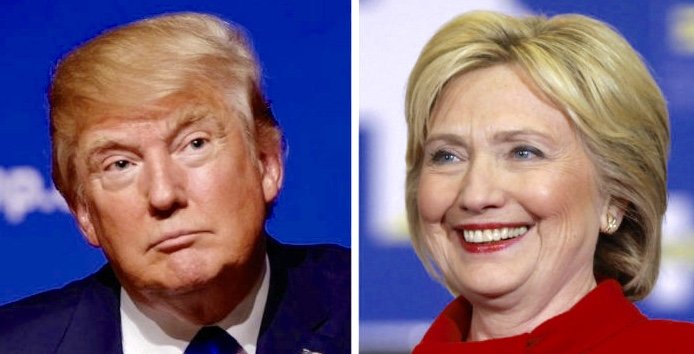 We watched the recent Presidential Debate between Hillary Clinton and Donald Trump with our kids, and it was fascinating like a train wreck: you just couldn’t look away. So we did something we NEVER – we ate dinner while watching TV. Triton and I felt it was so important for us all to witness this bit of history, we broke our own house rules.

In the aftermath, the media rhetoric flows and each side takes credit for zingers, insults and points well made, while the rest of us are left shaking our heads for a variety of reasons. Believe me, our kids did not miss a trick, and pretty much thought the whole thing was a giant cluster *#@+.

They comprehend a lot more than we give them credit for sometimes, our kids, and their comments during the Debate were classic:

“He keeps interrupting her. How rude!”

“Shut up and answer the question!” (ok that might have been me)

Mostly, as young women with a Mexican lineage, they are extremely offended by Donald Trump’s racism and remarks about Mexican-Americans and that ridiculous idea about building a wall. Both Ava and Sophia have interpreted that to mean that people they care deeply about – and even themselves – are threatened with eventual deportation. They are worried and scared about what would happen in a Trump presidency.