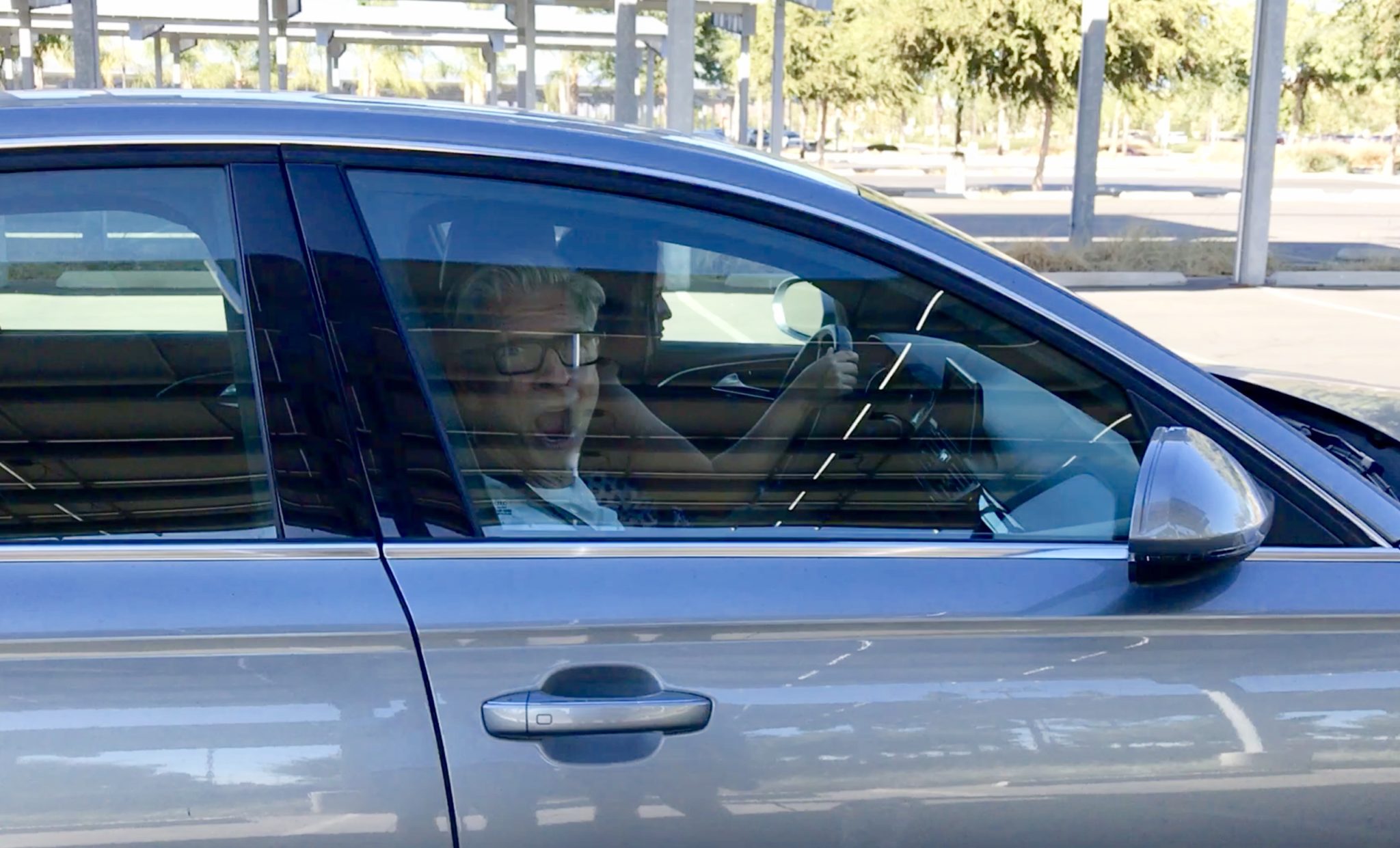 Sophia will be 16 soon, and is learning to drive. I’m here to tell you folks – giving our teen driving lessons will be the death of us. Not literally of course, but wow is it hard to sit in the passenger seat of your own car while your CHILD is behind the wheel with your life in her hands.

This little girl was only yesterday sitting in the driver’s seat of a tricycle, giggling uncontrollably as she careened around the neighborhood barely missing neighbors on the sidewalk and dogs being walked by their masters. She was a little daredevil on that thing, and luckily she is so far showing up as a very careful and attentive automobile driver.

Do you remember learning to drive? I only recall it being easy-peasy, and my Pop was as patient as they come.

Maybe that was because I actually knew how to drive already by the time my dad thought he was teaching me. When I was 14, my buddy and I used to sneak out in his sister’s car late at night (yikes) and joyride all the way into downtown San Francisco, even having the balls to pay toll while driving over the Bay Bridge. What idiots were were – and how lucky not to have caused serious mayhem! By the time my dad got me behind the wheel, I had to pretend I wasn’t already Mario Andretti.

I can tell Sophia has not had that kind of early practice. When she is driving, she gets so nervous that it makes me nervous too – at the beginning she hit the brakes too hard, slamming our seat belts across our shoulders. She put the car in reverse when she wanted to go forward, and vice versa. She confused the blinker control for the windshield wipers.

Before we allowed Sophia behind the wheel, she completed an online driver’s ed course to learn all the rules. We used DriversEdDirect.com and it seemed fairly thorough, but nothing prepares you for the feeling of the real thing.

Now after several sessions, she’s settled in and is getting the hang of it. We practice in empty parking lots on early Sunday mornings, with the only other cars containing dads and their kids in lessons just like us. By no means is she comfortable yet, but at least I don’t need a drink after each lesson like I did at the beginning.

What Will She Drive?

The next big question we need to tackle is what car will Sophia be allowed to drive? Both us dads need our cars, and our spare car is a gigantic Yukon Denali XL we have lovingly nicknamed “The Beast”. A grown adult can hardly maneuver that hulking thing into a parking spot, let alone a brand new 16 year-old driver.

Since we can’t buy her a tank, we’re thinking we may look at a Kia Soul because of its safety and repair records. But that’s probably fodder for another story.

So if neither of us perishes from an anxiety attack, we might actually produce a teen driver with a real license soon. (That is, if the California DMV decides she’s not a road hazard).  Once that happens, all bets are off.