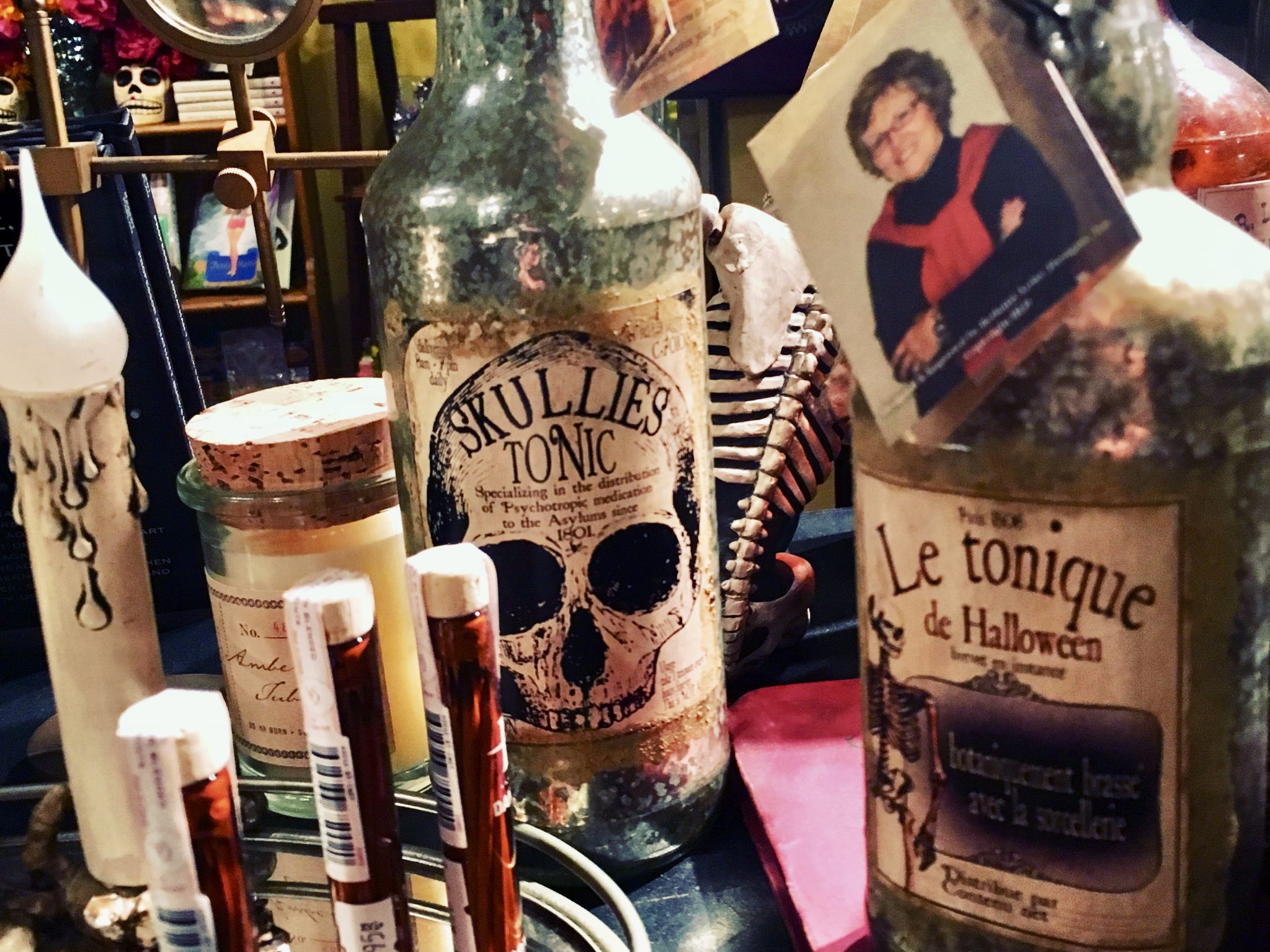 As Halloween time comes around, we naturally turn to spooky things and haunted houses. Some haunted houses are imaginary productions manufactured for entertainment, and some are real. Sitting in San Diego’s Old Town since 1857, the terrifying history behind Whaley House has become famous as the most haunted house in America.

Featured on numerous TV shows, exposés and even a movie or two, the Whaley House is well documented for its ghostly visitors. In fact, it is widely recognized as one of the best examples in the world of proven ghost activity. Since Halloween is coming right up, it’s the perfect time for a visit to this spookiest of locations. (The House has actually been featured in several books and TV specials, including Ghost Adventures on the Travel Channel).

When our kids were little, the Haunted Mansion at Disneyland was more their speed. It’s fun and spooky at the same time, with a large dose of humor thrown in to reduce the scariest moments. Now that they are older, Sophia and Ava have that weird fascination where they are a little scared of ghosts and demons, but strangely drawn to their stories.  Scary movies attract them in some sort of curious can’t-look-away kind of way.

So every Halloween time, we visit the Haunted Whaley House in San Diego for a little thrill.

Situated smack dab in the middle of Old Town San Diego, the Haunted Whaley House is with great Mexican restaurants and many historic buildings dating back to city of San Diego’s founding. Local lore tells us this is a classic haunted house, and the folks that run the house give a great tour full of stories that support the claims.

The Haunted Whaley House has ruled over Old Town San Diego since 1857, and then things started to go awry. It seems Old Man Whaley was an opportunist back in the day. He saw a good deal in buying the land where San Diego officials used to hang bad guys. The gallows were built pretty much where the Whaley House stands now. Now let’s see, what would be your first clue there was a reason that land was so cheap? Hmmmm.

Ghosts on the Haunt

The ghost of Yankee Jim Robinson was the first to haunt the place, and the Whaley family was poorly affected. People started dropping like flies, including several children. Some seven or eight people died in the house, not counting the people they hung on these grounds beforehand. On top of all that (literally) the house is built near a graveyard, which still exists in part.

That’s a lot of ghosts to wander around, and naturally people are going to see some.

Can You Witness a Ghost Sighting?

Not us. Despite the spooky house – which is more like a museum than anything – we saw no apparitions. We experienced no sudden gusts of cold air, heard no creepy little lady calling “Carol Anne, Carol Anne, go into the light!” We did listen to some great stories about the Whaley Family. The tour covers the history of San Diego in its early years, and what life was like in the olden days.

On a related note, I almost died and joined the Whaley ghosts going up and down that staircase inside the house. That thing is steep and spindly, so watch your step.

Ticket prices during regular day hours are $14 for adults and $10 for kids 4-12. In the evenings after 5 pm all tickets are $18, and reservations are required. You can check the Whaley House website for more information on hours and ticket prices.  Evening tickets might be worth it since it’s said those ghouls usually show up later at night.

There is also a Paranormal Tour of the Whaley House offered for $99 for guests over 13. We did not have a chance to do this, but it looks awesome. During this expanded tour, guests use some cool ghost-hunting equipment to detect any paranormal activity.

Overall, the Whaley House hosts a super interesting tour – definitely creepy – and maybe the kids were a little freaked. A little. The girls did great, racking up another notch on their Rights of Passage markers. Definitely worth the ticket price.

If the Haunted Whaley House is not enough for you, there is also a Ghost & Gravestones Sightseeing Tour of San Diego. We’ll have to try that one next!

I kinda miss the days when the girls got scared and ran into my legs, wrapping their arms around me. They would bury their faces, holding on for dear life. Yeah, that doesn’t happen any more. More like the other way around! 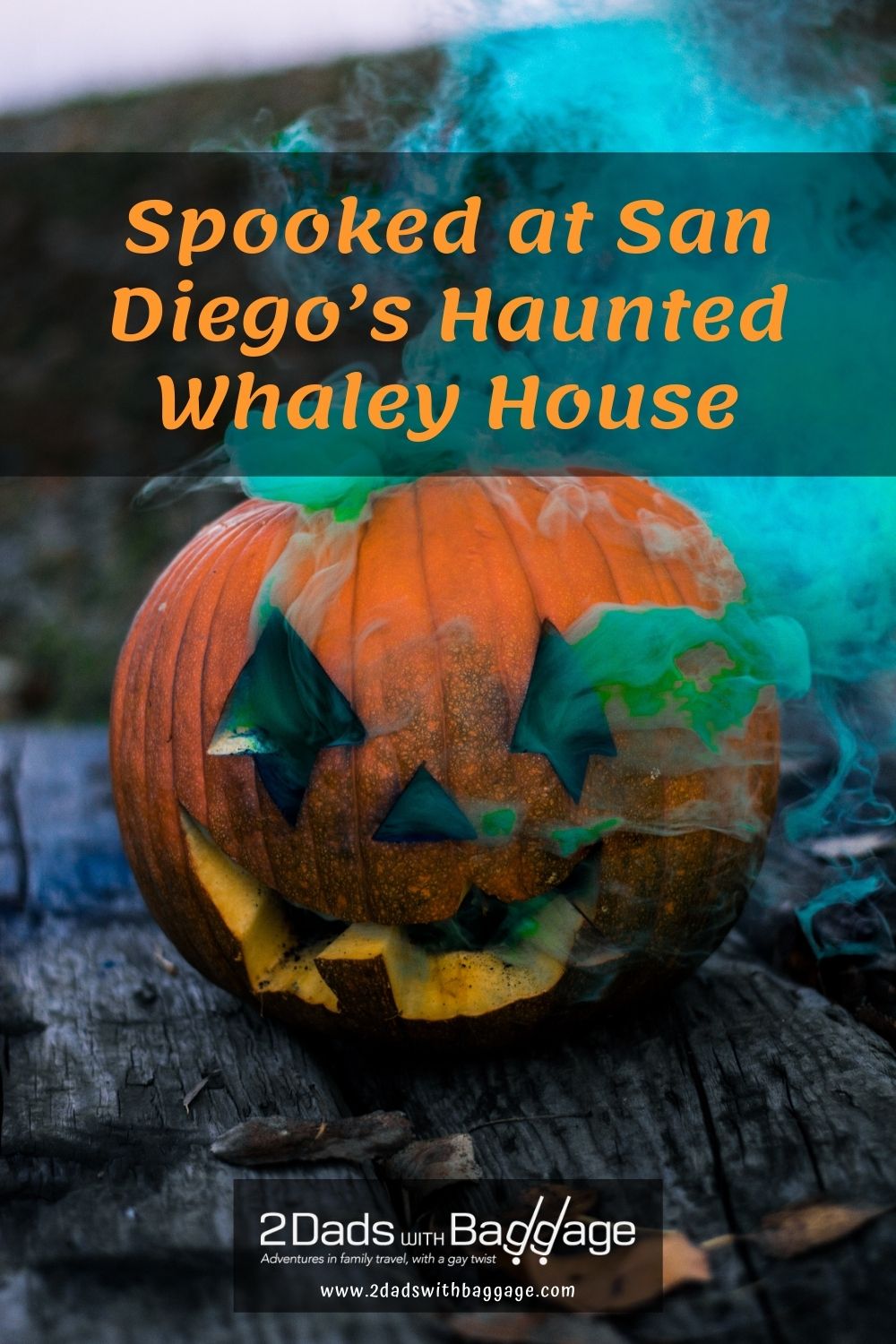