Ever heard of the boy band called Jack and Jack? Yeah, me neither. But Sophia and her friends certainly have, and as the parents of a teen girl we’re getting an education on crushes.

Sophia insists she will one day marry Jack Johnson, to the point where she sometimes refers to herself as Sophia Johnson. He’s almost 20, and she is 14 – so this would be happening over my dead body. Nonetheless, this is a real thing we are currently living. She even has an Instagram fan account dedicated to him: day.dream.johnson96.

Recently she announced they were coming to San Diego, and Sophia informed Triton and me that she was desperate to see them. For a surprise, we bought her tickets to their show at the House of Blues, and meet-and-greet passes so she and a friend could actually meet them. The screams could be heard at the North Pole. 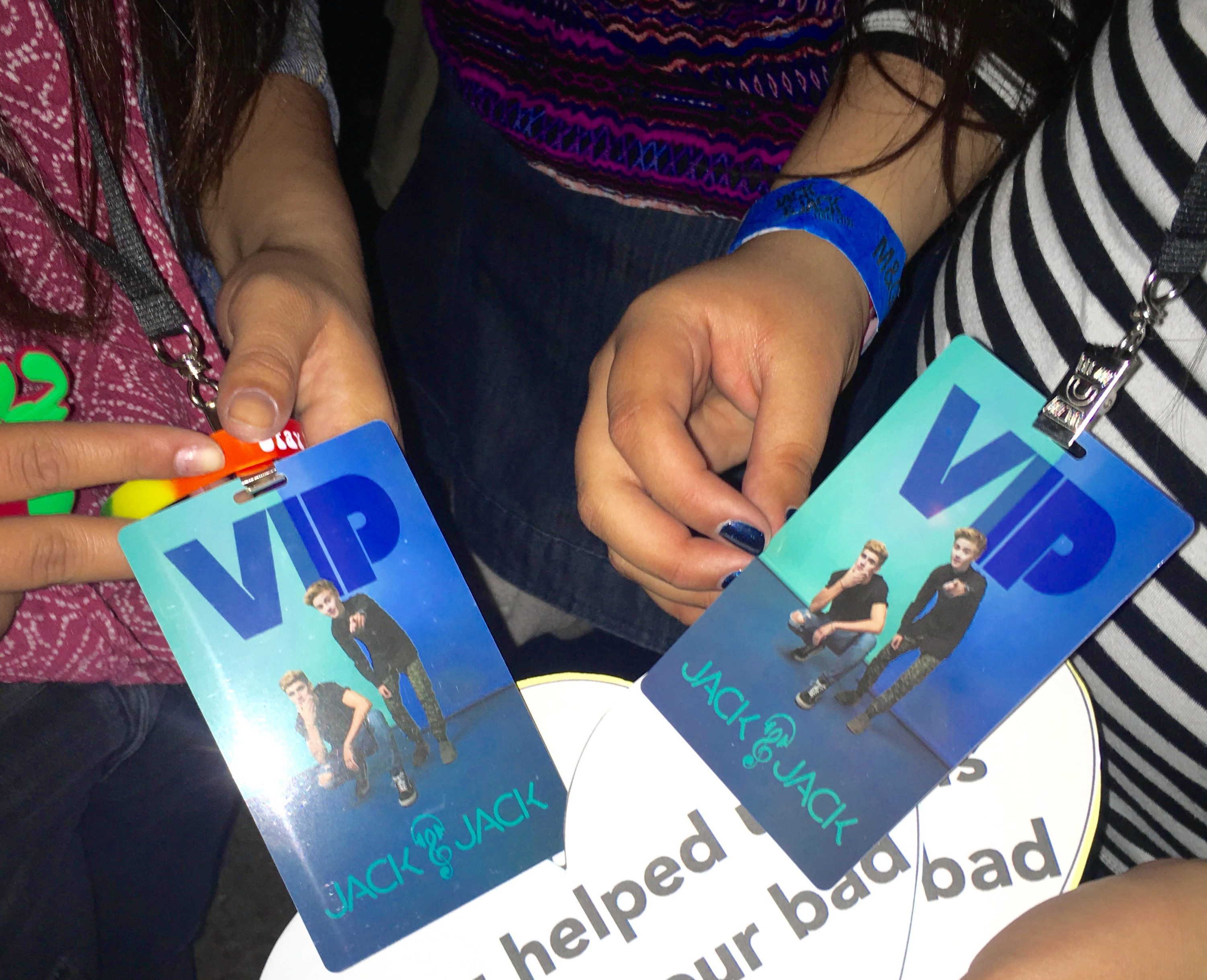 Since this was her first big concert experience, I wanted to go and chaperone – and I’m glad I did!

Sophia wanted to make a memorable impression on Jack, so she devised a plan. She created a sign to bring with her to the concert, decorated in hot pink with giant letters stating “JACK J, I LOVE YOU MORE THAN WIFI.” (Now any of you with teens will immediately know that this is a HUGE statement – teens wither into mere shadows without their wifi connection.) She worked hard to plan a way to get noticed, and I have to say I was more than a little proud of her ingenuity.

And if she wanted to make an impression, she certainly succeeded. Not only did Jack love the sign, but he and Jack G posed for multiple photos with Sophia when all the other kids only got one. He even posted the photo of her with him and the sign to his Instagram account, which to Sophia was akin to dying and going to heaven. Insta-celebrity by association! Game over.

She floated on air for a full month.