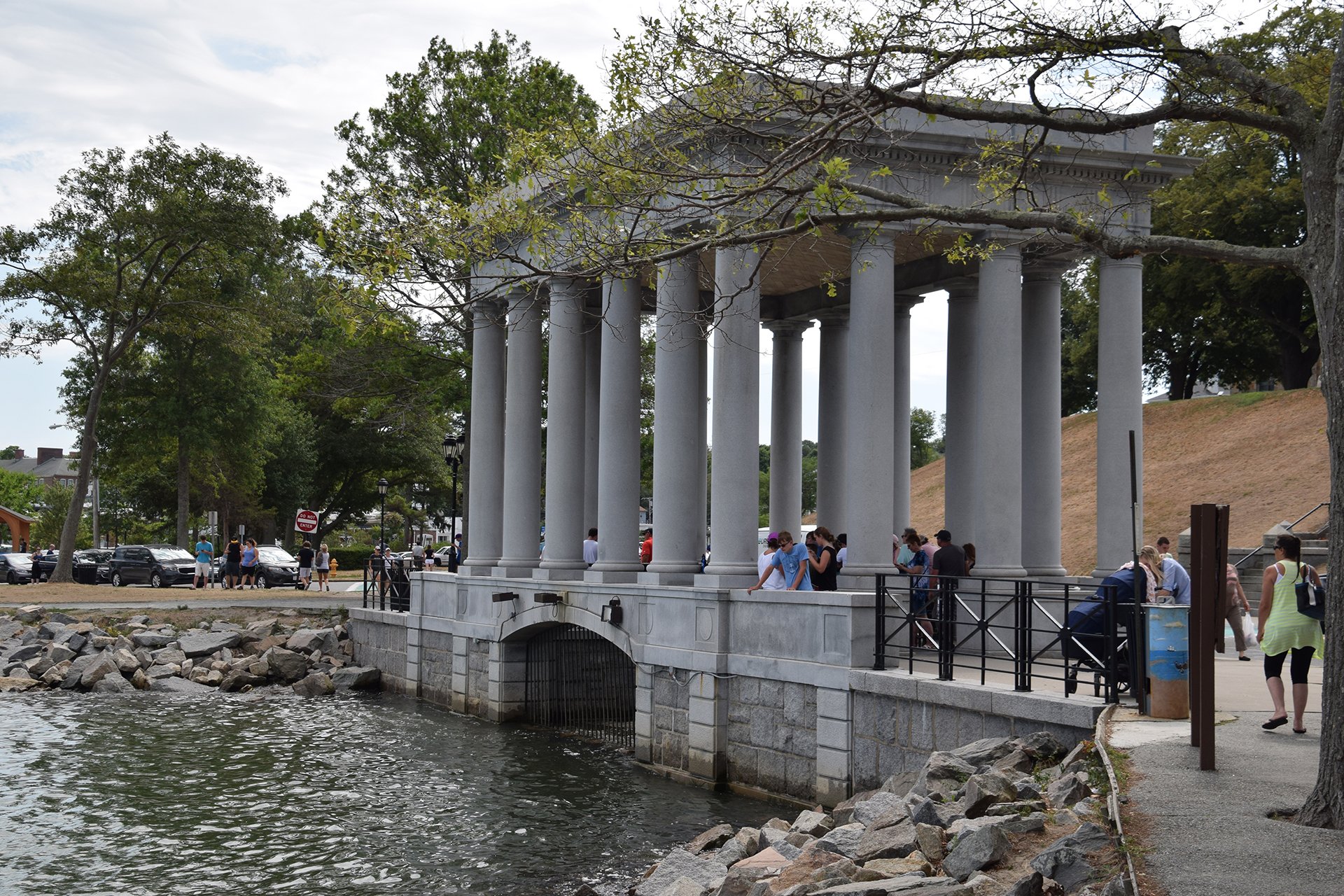 Plymouth Rock is one of those hyper historical points of interest in US history that are must-see destinations, and I am firmly convinced we should all view it in person. This rock signifies the touchstone of what would become our great nation, and its story is one we have been told since we were all wee tykes.

Having said that, to visit it in person at the Pilgrim Memorial State Park is pretty underwhelming. Plymouth Rock is, in fact, a large stone – hardly the Rock of Gibralter-type epic and gigantic monolith I was expecting. It was so small that Sophia and Ava gave it a passing nod, peering down into its watery chamber with a mere glance on the way to the concession stand. It just screams out for MORE. I guess in America we just like things big. 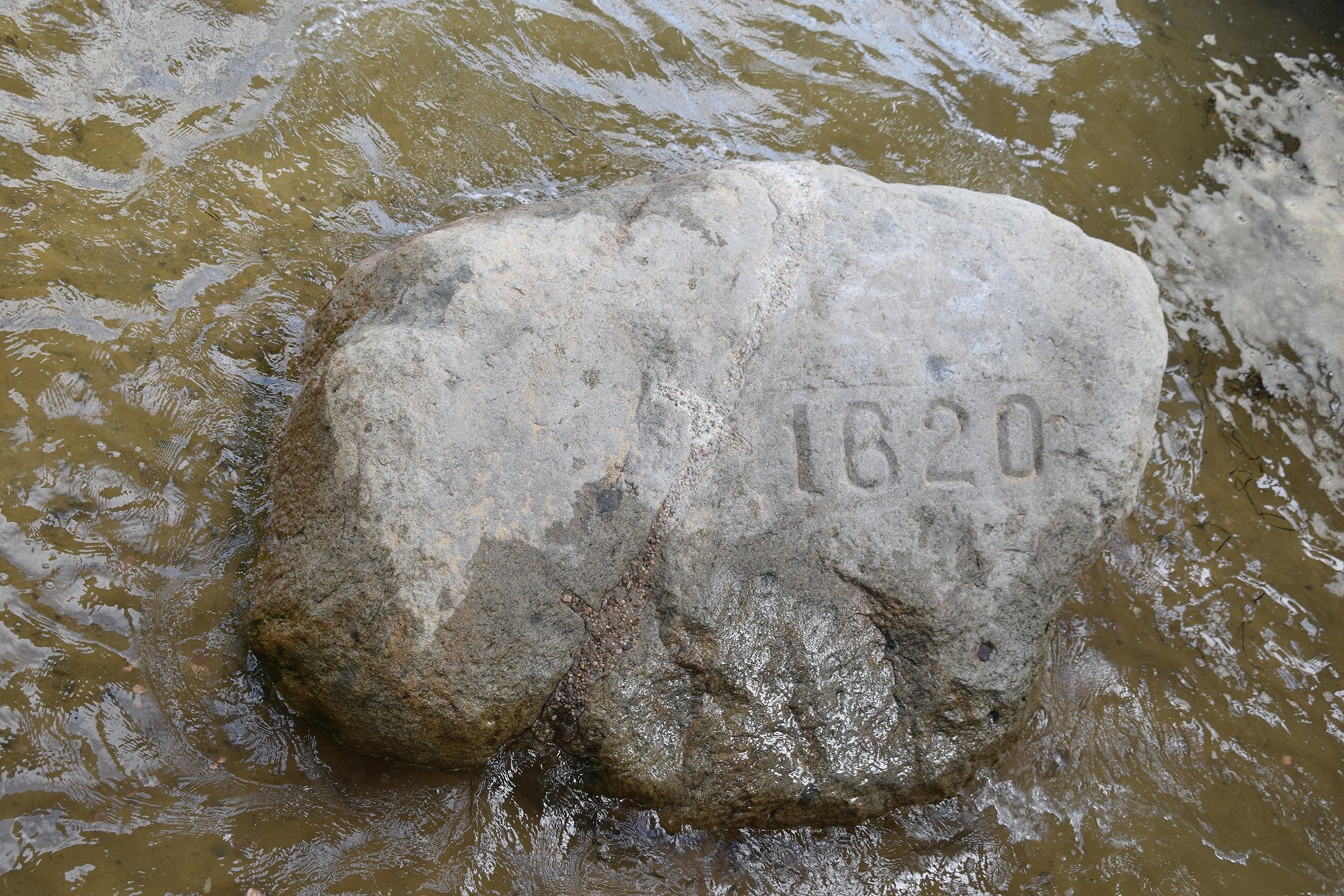 And who’s to say that is the actual rock the pilgrims set their first foot upon when they disembarked The Mayflower in 1620? Does someone have proof it was THIS VERY STONE? Photo evidence? Perhaps an engraving of that moment, or a Pilgrim-whittled stick to mark the spot? Anything???

To top it off, some Colonial-era Einsteins decided in the 1700s it would be a good idea to unearth Plymouth Rock and move it to the town square, up the road a piece amidst the newly forming colony. In doing so, they cracked the darn thing – split in half like a hamburger bun. Even better, when these geniuses tried to put it back together they broke the top half again! The whole thing is cemented together, patched with a big scar down the middle showcasing clearly poor masonry skills. The story also has it that some pieces of the Rock were shaved off, cleaving history into segments to be displayed elsewhere in the historical record.

Maybe Plymouth Rock used to be huge and is now disappointingly small? Enquiring minds want to know, so they can explain to their kids why they drove all the fucking way out here, fought packs of tourists for a parking spot and then muscled to the viewing platform, only to look down upon a large-ish pebble.

Good thing there is a very fine, full-size replica of The Mayflower moored at the nearby dock. 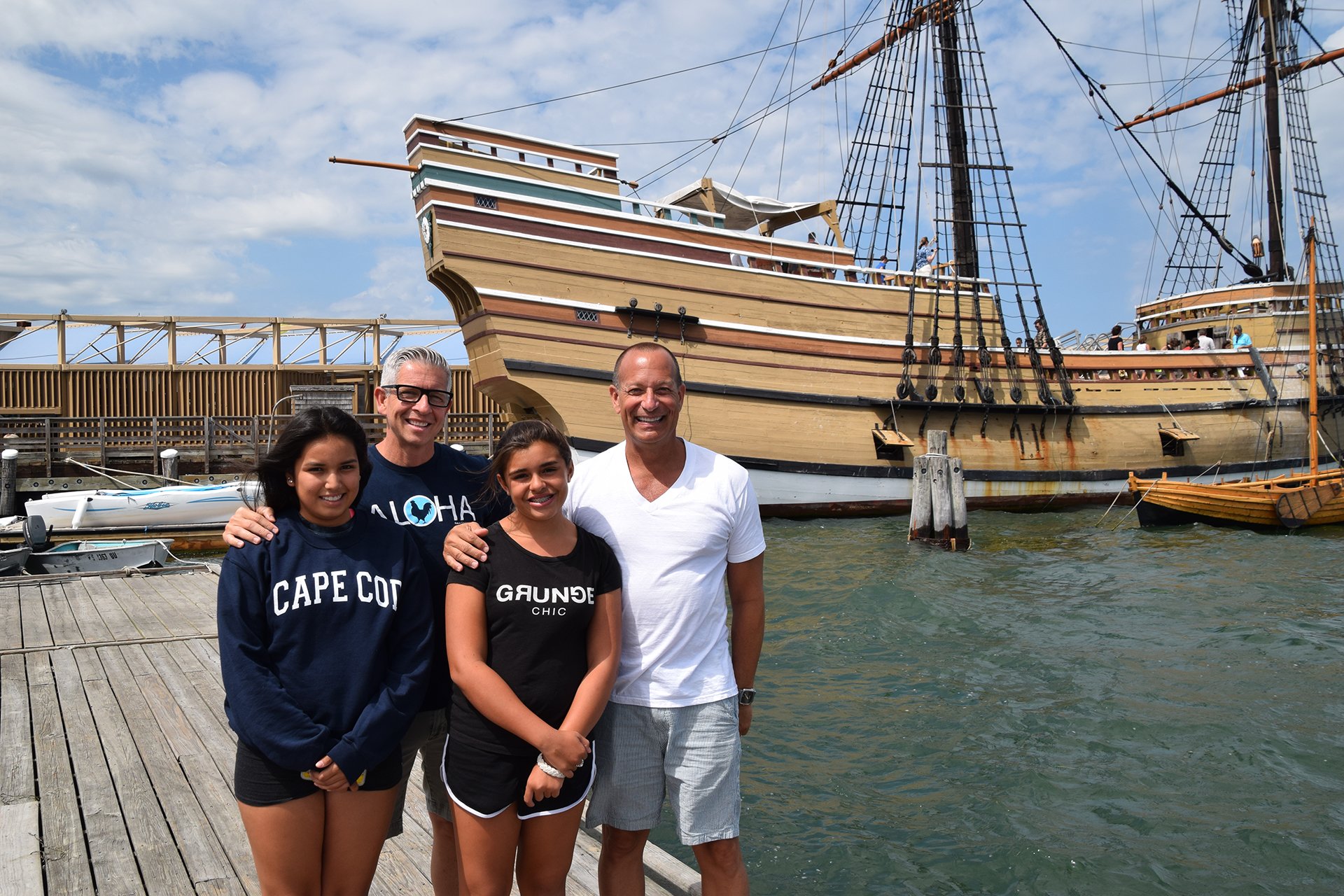 A fine replica of The Mayflower moored near Plymouth Rock

It was really quite impressive, and we actually felt a surge of patriotism as we posed for touristy photos with the ship as our backdrop. We also enjoyed musing about how 132 Pilgrims and crew packed themselves – and all their earthly belongings – into a incredibly tiny ship that would have had any modern-day travelers gasping for air.

I guess everything was just smaller back then.

One thought on “Plymouth Rock – More Like A Stone”