Marching For Our Girls - 2 Dads with Baggage
Skip to content

Let’s face it, this new presidency has been terribly bruising for us all, regardless which side of that big ol’ fence you sit on. When we learned there would be a Women’s March San Diego, Triton and I knew we wanted to go. Little did we know how meaningful – and emotional – it would be for our whole family.

Raising girls in these times is not easy, and this President has not made it any easier. His disrespect for women of all shapes, sizes, colors, ethnicities, backgrounds and places of origin has been derogatory, demeaning, insulting and incendiary at best. On top of that, our girls are of Mexican descent, and his rhetoric about our friends in Mexico has only made things more personal. At a time when we are trying to help our girls build good self esteem, positive body images and pride for who they are and where they are from, this kind of BS can be devastating to the tenuous balance we help them keep. We all deserve far, far better.

Despite the rain, we marched with big smiles and full hearts.

So yes, we marched on January 21. And so did millions of other people around the globe. And not only women, but people. PEOPLE. And right here is San Diego, nearly 50,000 people showed up in solidarity, holding signs that were at once hilarious, sad, compelling, artful and angry. We were sad for the reason we were all there, but united by that reason nonetheless.

The power we felt that day was palpable. People were moved, connected and joined in solidarity I have only felt a few times in my life, at Pride Festivals or HIV/AIDS Awareness events. So strong, so powerful, so unified. 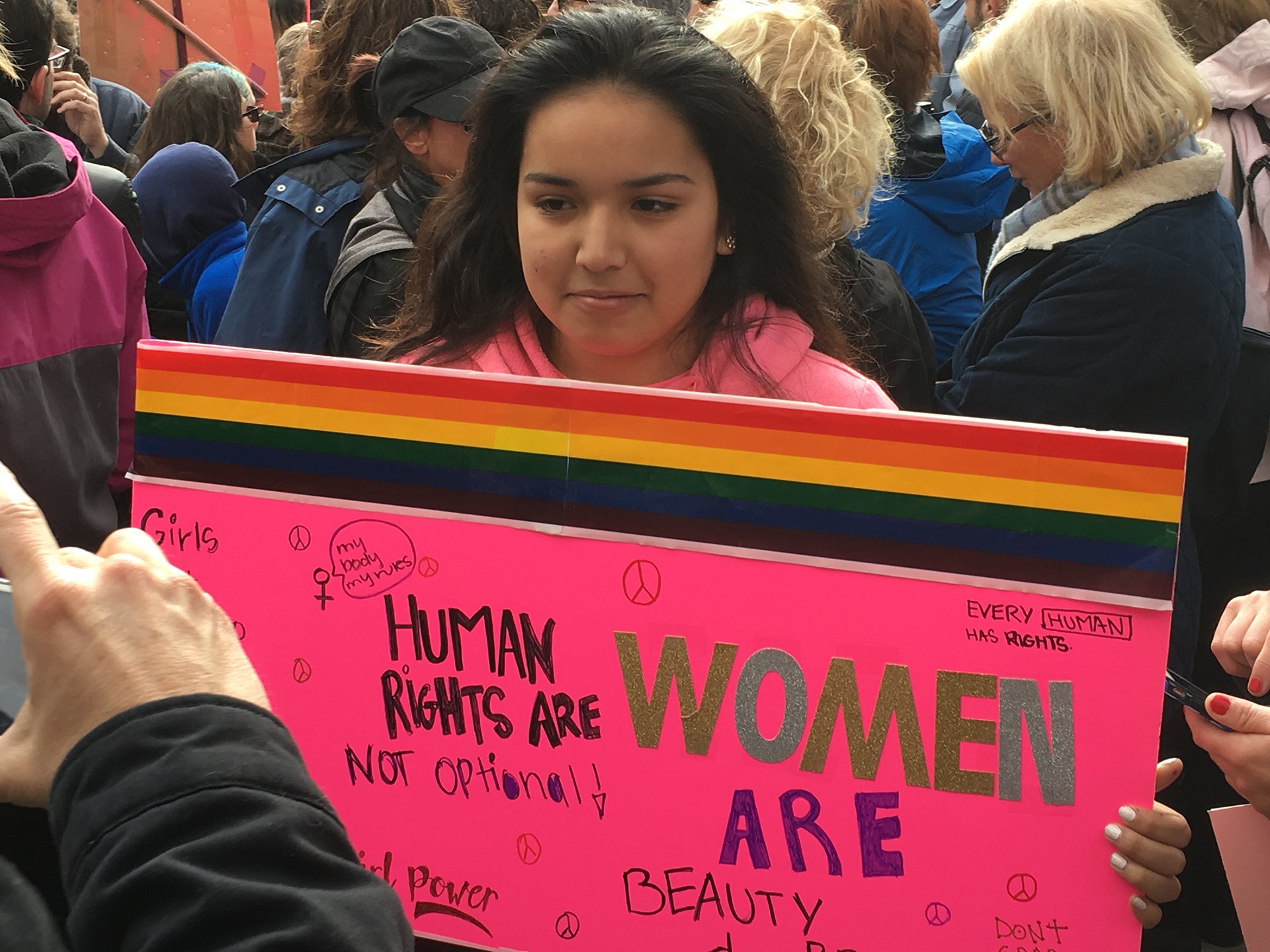 Sophia worked hard to make her own sign – so proud.

We’re so glad our girls could be part of this event, and part of a movement that rocked the world. They watched, witnessed, marched, cheered and felt the energy and love of the crowd. And we are just getting started.

These girls will change the world. And I will hold them up and cheer them on. 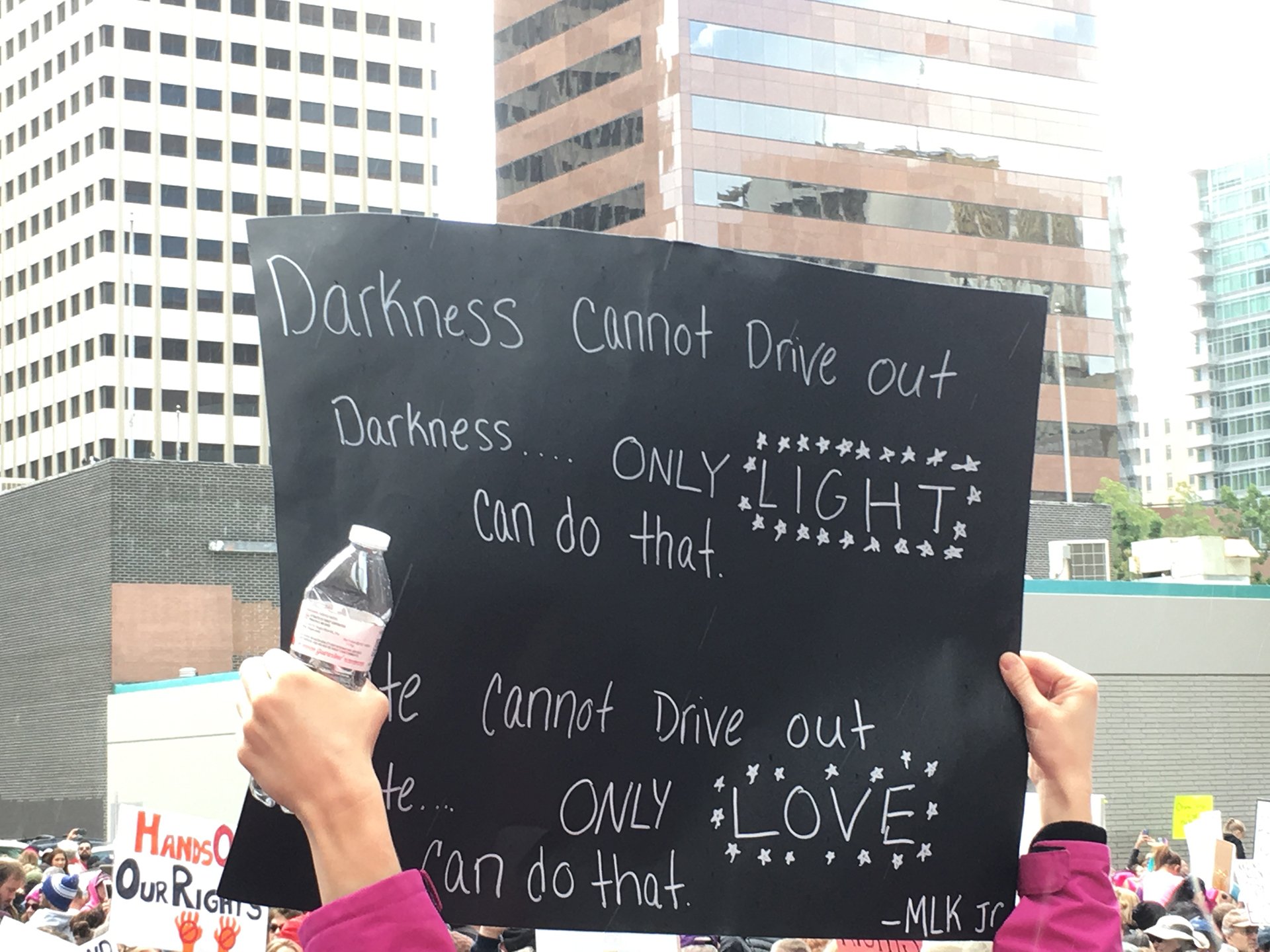 So many signs were epic, and this one was particularly moving. Love MLK Jr.

One thought on “Marching For Our Girls”