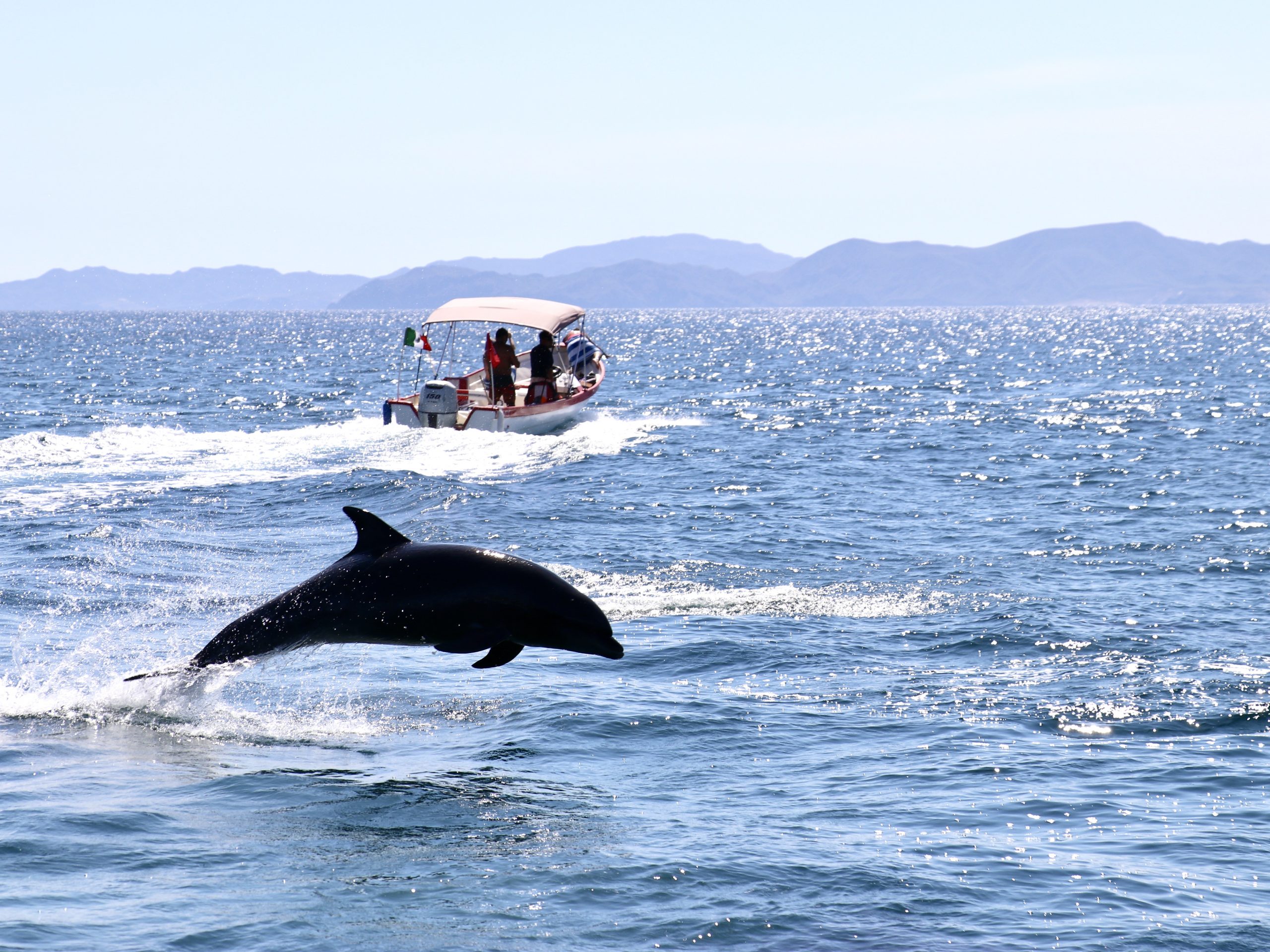 Loreto is one of those special destinations in Mexico that we dream about. It’s small, quaint and quiet (but not sleepy). There are no stumbling crowds of Spring Breakers. The food is incredible, and the oceans warm and swimmable. But the one thing that keeps Loreto on our list of top Mexico vacation spots is its location right on the beaches of the Sea of Cortez. There are so many ocean activities in Loreto that it’s hard to know where to start!

Even so, we have done our best to suggest our favorite ocean activities in Loreto. From the dozens of ways visitors can enjoy the benefits of beachfront Loreto, here are a few of our recommendations.

In order to understand the bounty of ocean activities in Loreto, we first have to talk about the Sea of Cortez.

Loreto is a Gateway to the Sea of Cortez

This important body of water is the ocean area located between the Baja California peninsula and mainland Mexico. Loreto is located on the western side of the Sea of Cortez (the eastern side of Baja California Sur just north of La Paz). Famous marine explorer Jacques Cousteau called it “The World’s Aquarium” for good reason.

Also known as the Gulf of California, the Sea of Cortez is home to nearly 1,000 species of fish and sea mammals. Another 5,000 species of marine invertebrates make their home here. It is one of Earth’s most biologically diverse locations, and many parts are protected including a massive UNESCO World Heritage Site.

Diving and Snorkeling in Loreto

One of the best places for diving and snorkeling in Loreto is within the Loreto National Marine Park. The Park is some 50 miles long and 25 miles wide, and is dotted with islands, islets and premier viewing conditions. It’s not uncommon to have visibility up to 50 feet or better, and on the best days it can be up to 70 feet. Whether you snorkel or SCUBA, this is an incredible location for seeing a plethora of sea life. We loved snorkeling in Loreto, and there are so many places still to explore!

The warm and safe waters of the Sea of Cortez attract many kinds of sea creatures which come here to mate or bear young. During the winter and spring months, several significant species of whales return to these waters each year in large pods. Visitors can enjoy regular sightings of dolphins, whale sharks, hammerhead sharks, bull sharks, sea lions, sea turtles and many other marine animals.

Because of the rocky terrain formed above and below water due to volcanic activity from ages ago, fish and invertebrates love these sub-tropical hideaways. Just a few of the vibrantly-colored creatures visible even to snorkelers include angelfish, damselfish, eels, sea stars, anemones, sea fans, sea cucumbers, urchins and so many more.

Of the many tour companies set up to take visitors out for an adventure, here are a couple to consider:

Boating and Whale Watching in Loreto

There are many tours and adventures to explore within Loreto’s waters that do not require major activity. During the season of December – March, several species of whales migrate to the warm waters of the Gulf of California and are easily visible from tour boats. You can take a tour boat to see eight different species of whales up close. Some of the most popular sightings are orca, humpback, gray, and blue whales.

Of this group, blue whales are literally the largest animal on the planet and can grow to over 90 feet long. The gray whales are the friendliest I am told, and often come up to the side of boats to be petted. And humpback whales are known for their vocalizations, often heard from miles away. (Think of Dory speaking in “whale” in the animated film “Finding Nemo”.)

These whales and more come to the protected and calm waters near Loreto to mate and give birth. With gentle currents and plenty of bays and inlets, Loreto’s coastline and islands are the perfect place for newborn Blue and Fin whale calves.

There are several reputable tour companies that will take guests out for a whale watching adventure:

First and foremost, Loreto is a fishing village. Site of the very first mission built by Father Junipero Serra as he worked his way north up through Mexico and California, Loreto has existed for hundreds of years as a premier fishing location. The waters off of Loreto’s harbors live up to their reputation, and do not disappoint. Fishermen bring their daily hauls in the harbor so that people like us can enjoy delicacies of the sea in the local restaurants. But we can also catch our own!

Best fishing months are June – September to catch such stunners as marlin, sailfish, dorado and tuna. But really any time of year will provide a good catch from the local bounty. Grouper, yellowtail, snapper, seabass and more can be caught here regularly.

There are many, many fishing charters and adventures visitors can book, and here are a few recommendations:

Exploring the Islands of Loreto

By far the best beaches in the area are located on Isla Coronado and Isla del Carmen, easily reachable by boat. Setting out from the marina in downtown Loreto, our boat almost immediately came upon an enormous pod of playful bottlenose dolphin. They followed our boat, jumping in the waves and showing off for everyone on deck. When we reached the beach on Isla Coronado it was postcard perfect, with unreal looking blue waters and golden sand.

On our tour, the boat crew set up a delicious lunch while we snorkeled and took far too many pictures. Our feast consisted of ceviche made from fresh-caught seafood, as well as yellowfin grilled in foil over an open flame. Homemade tortilla chips and hot sauce (and cerveza of course!) made the meal perfect. And then we were off for more snorkeling and sight seeing!

Tour Operators to Explore the Island of Loreto

This day was such a blast, I would do it all exactly the same way again. However, there are many choices:

Ocean Kayaking and Canoeing in Loreto

Loreto is a huge destination for ocean kayaking, canoeing and sailing, bringing visitors from all over the world. There so many tours and options to choose from, visitors can find something for any skill level and difficulty. Organized tours leave daily from various starting points, and the possibilities are endless. Not one for deep sea kayaking, I opted for a one-man self-guided kayak tour off the main beach in front of our hotel. Next time I want to book a guided group tour with a local expert. The guide can tell us more about what we are seeing and the history of the places.

Just setting out from the beach and paddling out beyond the protected bay was a great experience for me. Because the water is so crystal clear in the Sea of Cortez, the coastline off of Loreto is highly visible and literally teeming with sea life. I was amazed at everything I could see beneath the surface, even sitting in my kayak seat. Paddling was quite easy and I never tired for the hour or so I was out and about. The water was so calm it felt like I was in a placid lake.

If you’re looking for an organized experience kayaking in Loreto, here are some options:

Of course I’ve focused on ocean activities in this story. But there are so many other things to do in Loreto in addition to enjoying the beaches and sea.

Read more here if you are interested in exploring things to do in Loreto and places to stay!