[custom-mapping map_id=”6271″ height=”300″]
Viceroy is considered one of the cool kids in the hotel industry, with hip luxury properties in such far flung places as Snowmass, Saint Lucia and Riviera Maya. The Viceroy Central Park New York is a great location in Manhattan, right on 57th between 6th and 7th – perfect for my recent business trip.

At first glance, the Viceroy New York could be overlooked. The front entrance/awning is understated, the lobby non-descript and the front desk pretty compact. As with all things in New York City, space is at a premium and they make the most of smaller quarters. This is true of the Viceroy as well, but they ovecome it. Like the Schrager hotels such as Royalton, Hudson and that gang, what the Viceroy lacks in space it makes up for in style. 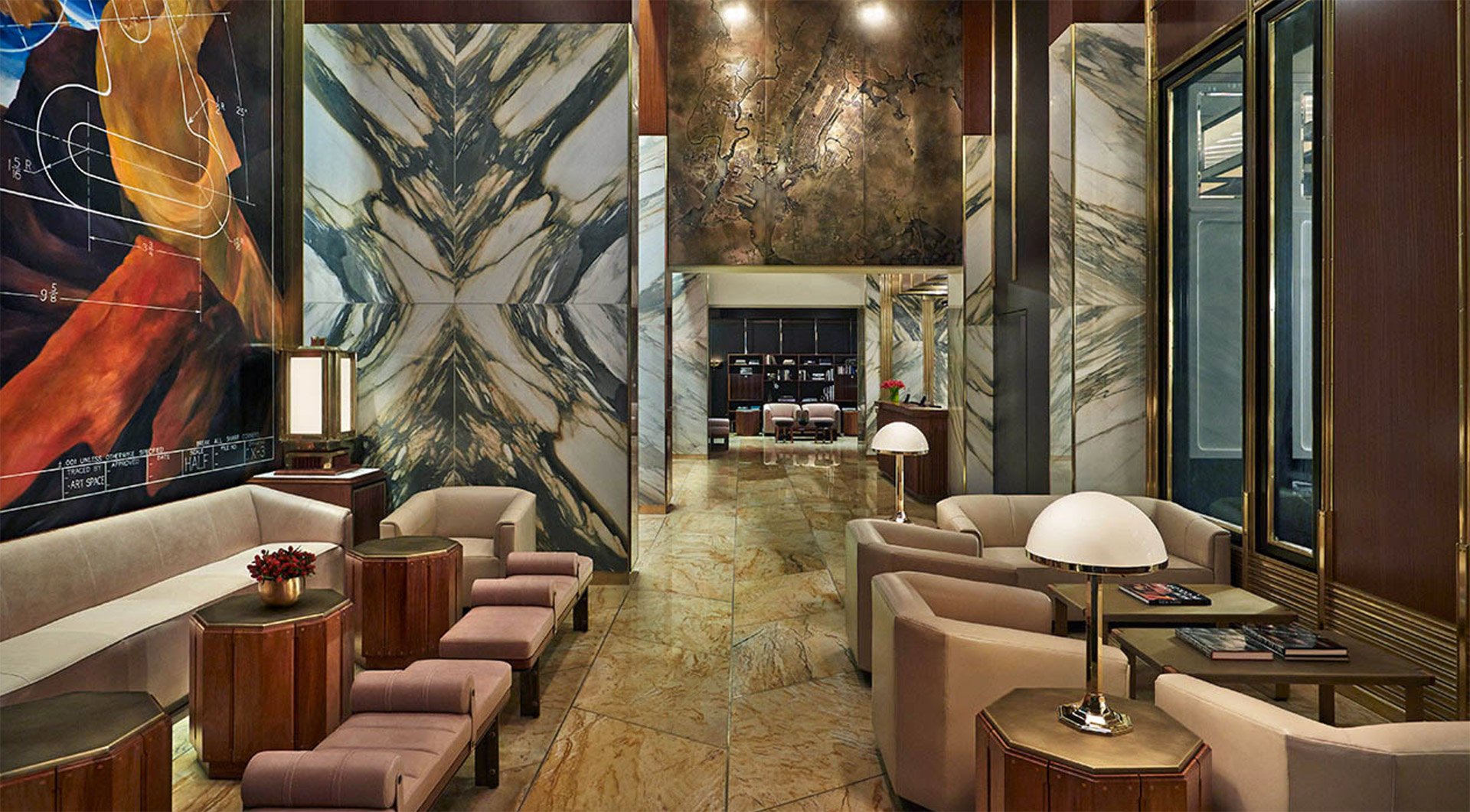 Not grand by any standards, the unassuming lobby at the Viceroy kept the paparazzi from hoarding around us.(photo courtesy of Viceroy Hotel)

Furnishings are low and sleek, lots of warm brown leather, bold art and mirrors – and it works. There’s a pretty great rooftop bar, aptly called The Roof, which was surprisingly spacious and uncrowded for drinks with the after-work crowd on a Tuesday evening. The views of Midtown skyrises and Central Park are awesome. Impressive selection of brown liquors for us scotch drinkers, so I was happy.

Compact As a Design Feature

My room was compact (again typical New York City size) but it all somehow worked. There is no closet which was weird, and instead they custom crafted built-in cabinets around the bed. If there had been two of us in the room with more than a couple days of stuff, it would have been ugly fighting for space inside that teeny “clothes hanging area”. Or a woman with a few outfit changes? Yikes. I think more room was given to the frig and coffee machine. 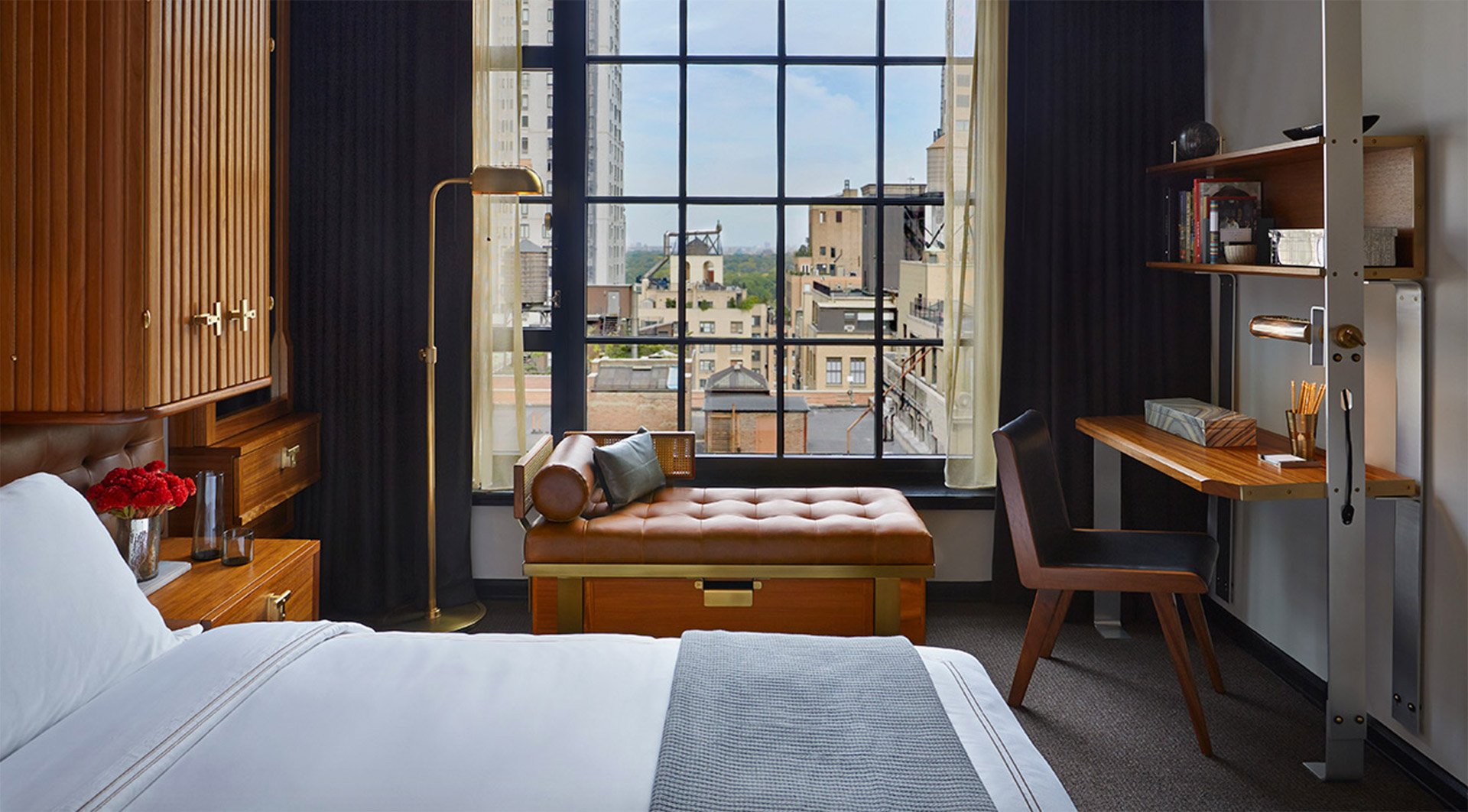 The rooms at the Viceroy NYC are compact but really sleek and well designed. (photo courtesy of Viceroy Hotel)

Another oddity of space planning was the sink in the hallway, separate from the toilet and shower area. “How very European!” I can hear the designers exclaiming to ownership during the renovation process. ‘How very odd” said I.

Yet, this room worked for me. The bed was really comfortable, and the little desk area served its purpose when I needed to get some work done.

Big plus: the staff was awesome – really outstanding. From the moment I checked in until I left, they impressed me with their comfortable service, grace and humor. The concierge, front desk, doormen and housekeeping were all authentically friendly and accommodating.

The restaurant, called Kingside, is also pretty good as hotel restaurants go, and the bar is run by Rande Gerber’s group so you know that will be reliable. Again, the staff and servers were outstanding and the food was tasty.

I would definitely go back (with a smaller suitcase of clothes to hang in that tiny closet). 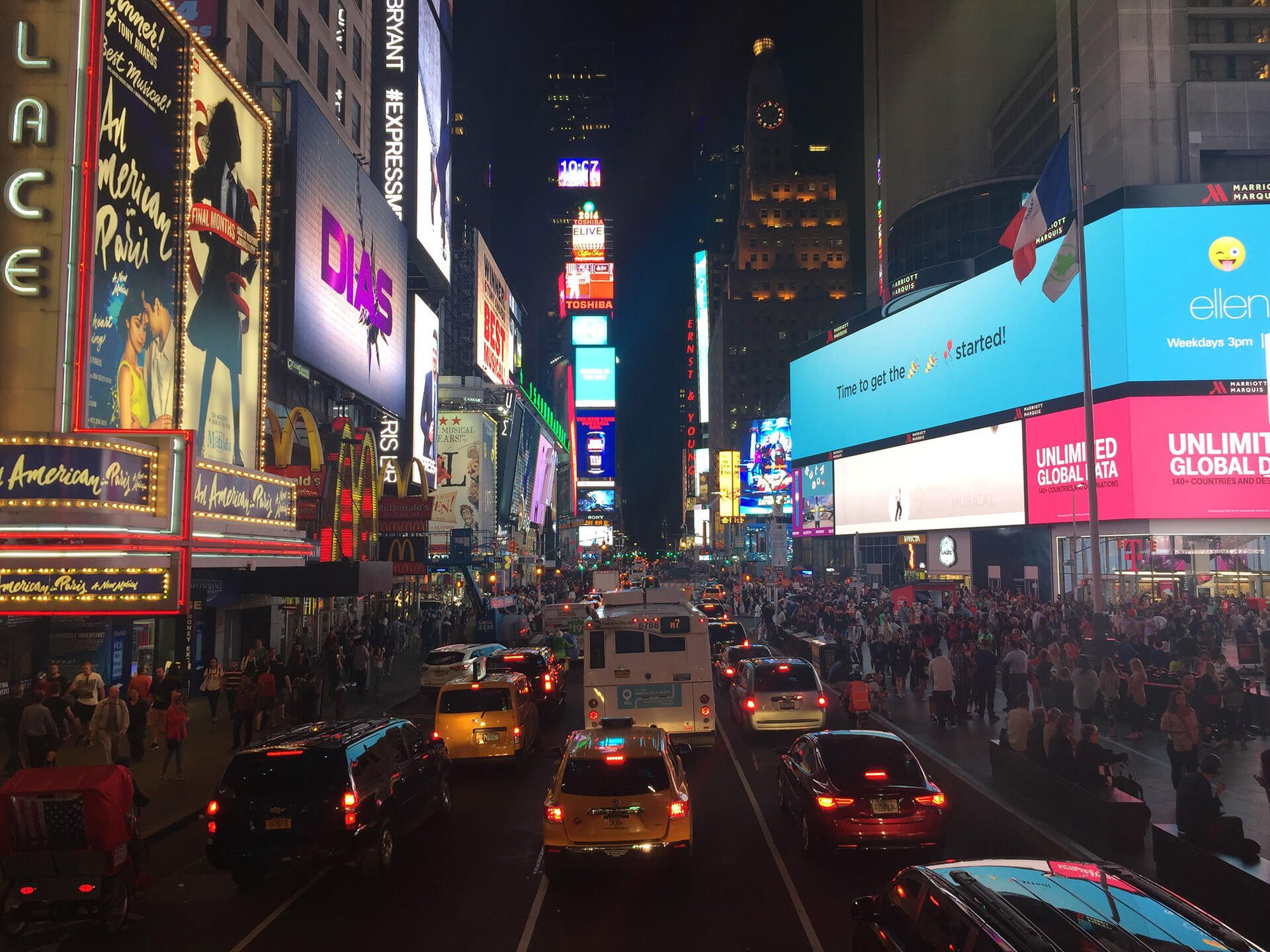 Times Square is always packed, but the energy is something you have to witness live. (photo courtesy of my girl Dez Garcia)