Halloween at our house is a thing
Skip to content 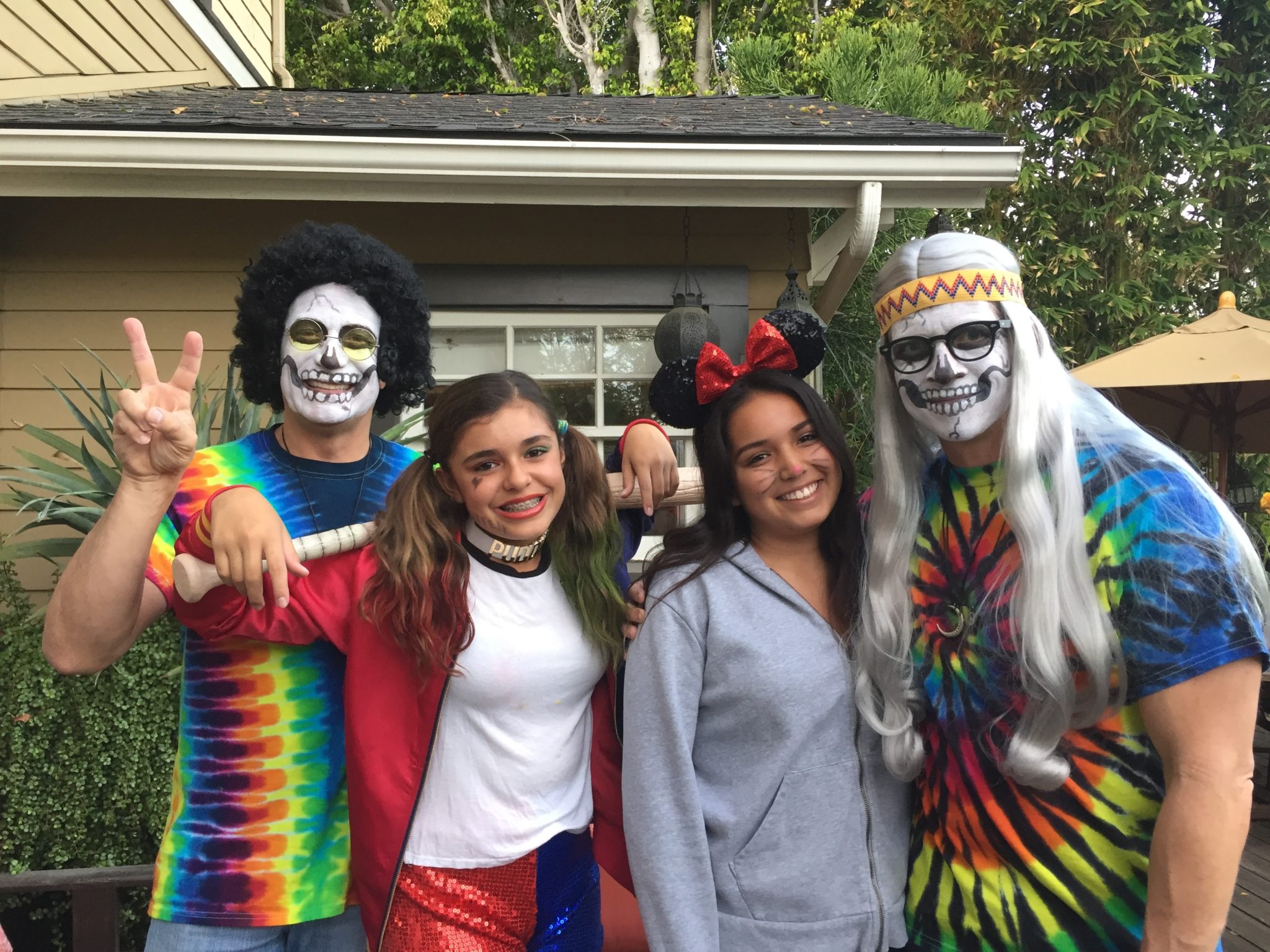 Halloween at our house is a Thing, and always has been. Since the kids were babies, we’ve hosted a big Halloween party at our house and it gets rowdier every year. As the kids have grown, the candy frenzy has died down but the tradition lives on. The tradition of Halloween celebrations morphs and changes, but All Hallows Eve is always a night to remember at the Bailey-Klugh household!

The Tradition of Halloween Celebrations Begins

At first it started as an opportunity for some of our friends to bring their babies over so we could take them trick or treating together, pushing strollers along the sidewalks amid the older kids who ran around like lunatics. Now our kids are the lunatics, hopped up on candy, sugar and teen drama. We parents now enjoy each other’s company, toasting with a glass of wine and chowing down on Jon’s White Chicken Chili recipe with cornbread.

The party has grown a bit – last year there were close to 50 adults and kids roaming around the house. Still, the love of Halloween and the lure of Butterfingers keeps them coming back each year. It’s our thing, and we love it.

Over the years. we’ve collected a fair amount of Halloween decorations to adorn the house. In fact, there are now 5 bins worth of paraphernalia that we scatter about the property – inside and out. The kids used to freak out over some of the stuff, especially the ghoulish face that emerges with a scream from its spooky coffin. Even now, it still brings a slight discomfort to their faces. Of course this makes us laugh, and then they get mad.

Halloween Costumes are a Specialty

Last year, Triton and I decided to dress like the Grateful Dead. Get it??? Dead?  Yeah, so that was fun.

Another year we had a Little Mermaid theme going with some close friends, and Triton was – wait for it – King Triton. I was Prince Eric, our friend Erica was Ursula the Sea Witch, and our friends Julie and Nick came as a cross-dressing Ariel and Sebastian. That was pretty epic, considering Nick is a giant ex-military special forces dude (he looked awesome in his Ariel tail and red wig!)

Last year, we had a Game of Thrones theme going. You’ll have to wait until that night to see what our costumes are this year, but I must say they are pretty epic. Maybe it helps that Triton works for a Halloween company called InCharacter Costumes, but we still put most of the pieces together ourselves, scavenged from the bins of years past with a few new extras.

The girls? They will probably dress as pretty teen girls this year, carrying a brown lunch sack and extorting candy from the neighbors – just as it should be. Other parents with their cute little babies in strollers can dodge around them now.