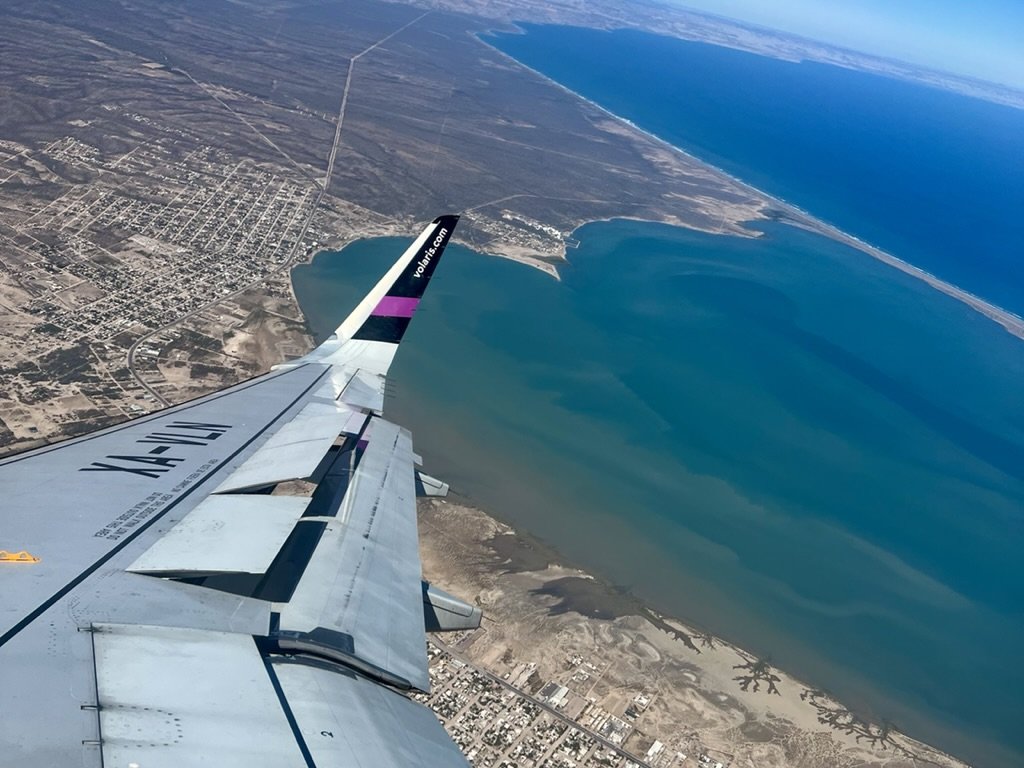 Since the CBX Cross Border Xpress was opened a few years ago, the options for traveling to Mexico have been so much greater. Gaining the necessary permissions from both the United States and Mexican governments, the developers of CBX built a pedestrian bridge across the border. This bridge begins on the US side and crosses over into Mexico, depositing travelers directly into the Tijuana International Airport.

After flying out of the Tijuana Airport multiple times now with great success and ease for both business and leisure travel, we’re  happy to have discovered how convenient and inexpensive it is to fly from Tijuana Airport via the CBX Cross Border Xpress. For example, on a recent trip to La Paz, our family saved almost $1,200 flying from Tijuana instead of San Diego.

As prices for airfare have continued to soar (excuse the pun) we’ve expanded our view to include Tijuana International Airport as part of our consideration for travel to Mexico. Really, San Diego is a two-airport region now. With so many people from the area traveling to points around the world from here, we can see why the Tijuana airport is flourishing. And now with a modern renovation and upgrades to passenger terminals, the airport is really world class.

It’s almost always cheaper to fly to other cities in Mexico from the Tijuana Airport, which is located just feet across the US/Mexico border. It just wasn’t always easy to get there until they built the CBX Cross Border Xpress.

Before I go on, please know that flying from Tijuana is completely safe and very US-friendly. If your family is anything like ours, you might have felt some doubts about crossing the border to fly from Mexico. CBX could not be safer, and you walk inside the building and across the bridge directly into the airport. Everything is in English, and all the helpers speak fluent English.

Using CBX, there are no vehicle lines to wait in at the border crossing, or need to walk across the old way from San Diego to Tijuana and then catch a taxi from the border to the airport. Our family’s experiences have been quick and easy. On our recent trip, we made it from the front door of CBX to our gate in the Tijuana Airport in less than 30 minutes, including passport control. However, we don’t recommend relying on this rate of speed for every trip – it’s always best to leave plenty of time for any delays that might occur.

General Abelardo L. Rodriguez Tijuana International Airport (TIJ) is located just across the border from the US, near the Otay Mesa Border Crossing. It is one of the busiest airports in Mexico, and handles domestic and international flights 24 hours a day. When traveling from TIJ, we’ve had great experiences booking tickets directly on the websites of Aeromexico and Volaris Airlines. There are language options in both English and Spanish. The terminology and instructions are all the same as booking with a US carrier.

Flights are Cheaper from Tijuana Airport

Recently, we had a fabulous vacations at the Puerta Cortes Resort in La Paz, Baja California Sur, Mexico. When comparing flights from Tijuana to La Paz versus San Diego or Los Angeles, there was a remarkable cost savings. We ended up buying tickets on Volaris from Tijuana to our final destination at La Paz Airport. The difference in cost for a family of four was hundreds of dollars, which we were happy to save.

As of July 2022, a quick price comparison shows that a roundtrip flight on Volaris Airlines from Tijuana to La Paz starts at around $145 USD direct with no stops. To fly the same itinerary from San Diego to La Paz, we would pay $464 per ticket minimum and have to stop in Phoenix on the way,  for a total flight duration of nearly 6 hours.  The flight from Tijuana is less than 2 hours.  For a family of four, those extra dollars really add up, and we saved almost $1,200. (Not to mention the amount of time we saved not having to change plans and sit in airports over long layovers.)

Crossing the US/Mexico Border via CBX

The Cross Border Express buildings on the US side are architecturally gorgeous, spacious and squeaky clean.

The process at CBX was ridiculously easy (and faster than San Diego Airport to be sure). We followed the simple directions to the CBX location, parked our car in their convenient lot for $15/day, and checked into our Volaris flights on the US side of the border. We paid the $34.95 per person roundtrip fee for using CBX, and then walked the short distance across the border using the elevated bridge. On the Mexican side we cleared security and customs in about 10 minutes, and walked directly into the gate area of the Tijuana Airport.

The whole process took less than 30 minutes from start to finish. We were astonished to find ourselves with too much time in the waiting area for our flight, which NEVER happens in our family. It’s usually the opposite, because someone is always rushing to pack that last thing they absolutely must bring on this trip.

Compare this to another experience when our family flew to Cancun, Mexico out of San Diego airport recently. We had to check in at San Diego Airport, show passports and fill out immigration forms, fly out of our way for a stopover in Dallas, connect to a different flight, and eventually arrive in Cancun. We went through customs in Cancun, which took forever due to the crowds of visitors coming from all over. The amount of time in lines was staggering.

With the CBX Cross Border Xpress experience, we cleared customs and immigration within the bridge connection before entering the Tijuana airport, and sailed through check-in, security and onto our Aeromexico flight to travel deeper into Mexico.

I highly recommend this travel option. We will definitely use CBX again – hopefully soon. 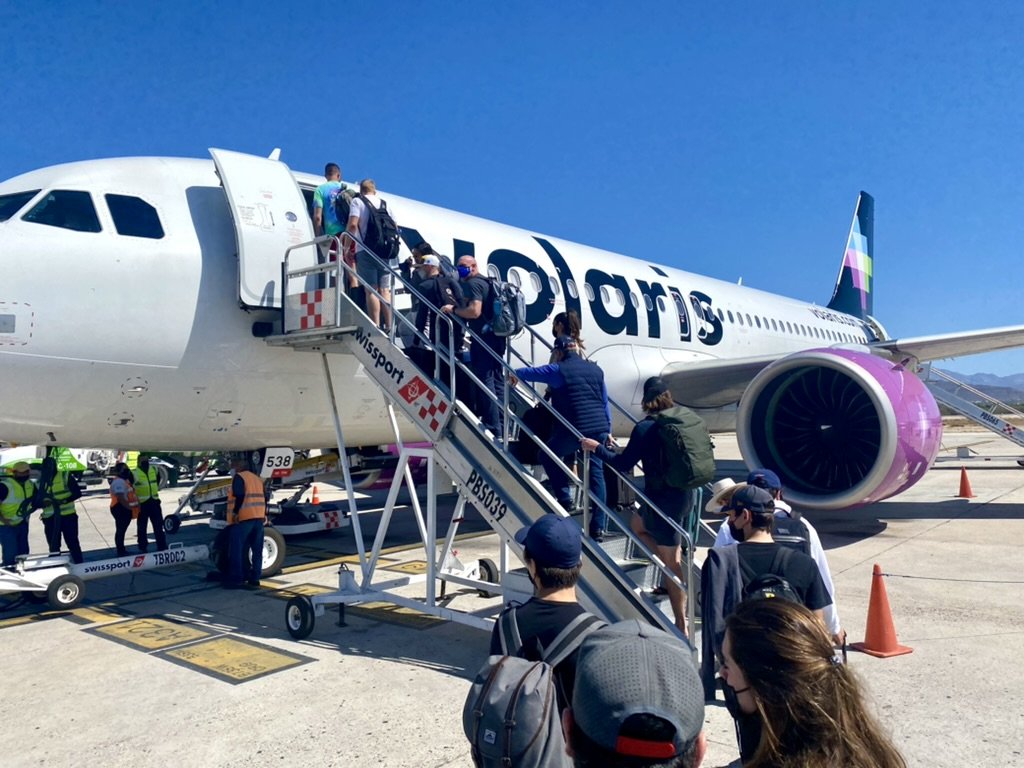 Maybe a little obsessed with The Sound of Music wh

Oktoberfest is Octoberbest! 🍺 🍻 🍺 We had

We couldn't resist grabbing a moment on this rainb

Climb every mountain, sister! Here we are “hikin