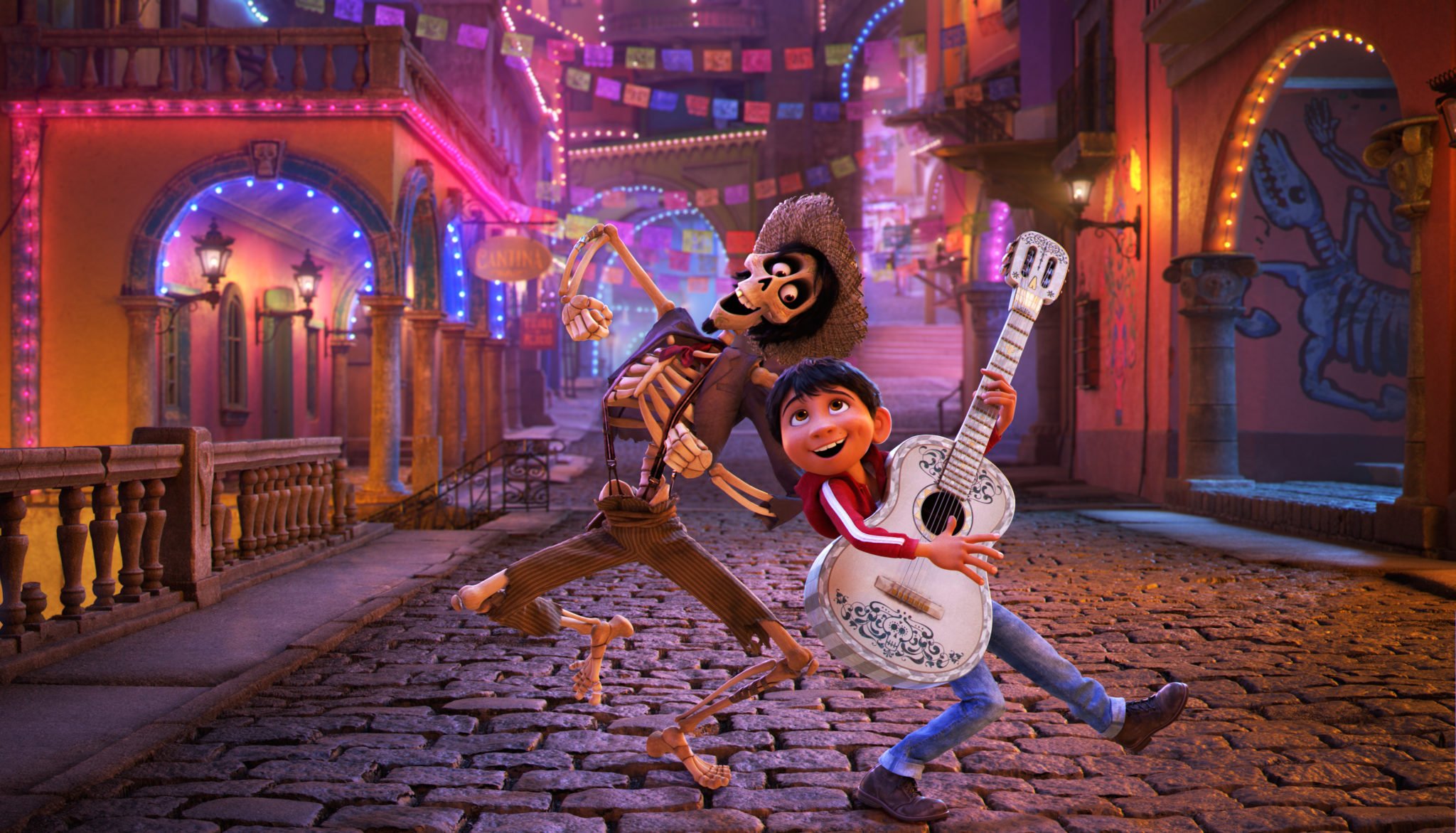 COCO Celebrates the Importance of Family

We love Disney/Pixar’s animated films, and their latest movie COCO is no exception. Soon to hit theaters on November 22, COCO is sure to be a family classic because of its artful animation, its colorful characters, its catchy songs – but mostly because of its compelling and emotional story about the importance of family. And those of you that know us, know how important family is to us!

Disney/Pixar invited us to an early screening recently, and we fell in love with Miguel, his family and his story. Click below to watch the trailer!

COCO is focused on the adventures of Miguel, a young boy living with his extended family in a Mexican village. As Dia de los Muertos nears – the colorful tradition where loved ones who have passed are honored and remembered – Miguel is torn between his family’s desire for him to continue in their shoemaking business, and his desire to be a musician. The trouble is, music has been banned in his family due to an unfortunate circumstance generations ago.

Miguel loves music, and is actually quite talented in singing and playing guitar. He longs to perform on stage and share his musical talents with the villagers, but his family forbids it.

I don’t want to give the plot away, but suffice to say there is joy, sorrow, heartbreak, adventure, good, evil, reconciliation and reward. That perfected Disney/Pixar formula works on me every time. I laughed when they intended me to laugh, I grew worried when the plot demanded it, and I cried on cue when the scenes were heartbreaking or heartwarming (either works on me).

One thing we especially loved was the real respect that COCO shows for the Mexican heritage and tradition. The film lovingly honors the importance of Dia de los Muertos and its true meaning, rather than pandering with sugar skulls and skeletons in mariachi attire. Yes, there are skeletons – that’s part of the tradition. But they are depicted as humans and family members, who simply have passed on but are still remembered and loved, living or not.

In the end as we left the film, we felt joy from watching the movie and really enjoyed the story and plot. Even more, we were so happy to see a tradition important to our daughters of Mexican heritage treated so lovingly.

As always, COCO is another awesome Disney/Pixar movie. But to our family, this one has a special place in our hearts. Bravo Miguel and family!