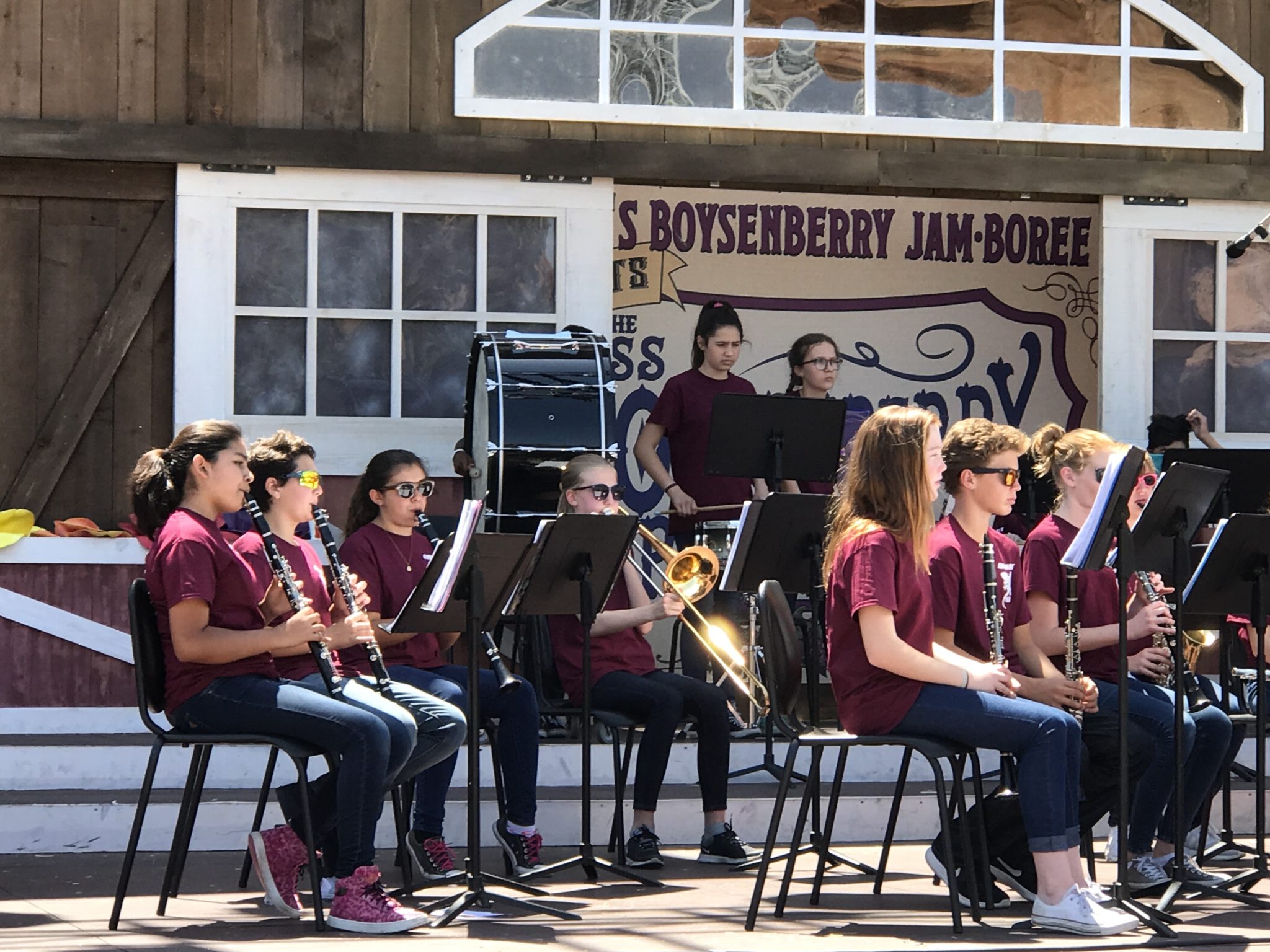 This year, it was my turn to chaperone Ava’s band trip up to Knott’s Berry Farm in Buena Park near Disneyland to perform on stage and then run amok throughout the amusement park. Last year Triton took them, and he made clear there would not be a repeat. So, I had five 7th graders in my car and it was fantastic!

First, I stopped at Donut Star and got two dozen of their best mixed delicacies to ensure we started out the day with a good sugar buzz. At school, the parent drivers queued up to receive our allotment of kids, and thin-smiled knowingly at one another about the day ahead.

We departed the school before 8 am, and it was fun and games all the way up the freeway …except for that part where I let them watch The Shallows and realized it may be a little much at 8 in the morning. After donuts. Driving in a big car. Watching a small screen. Complete with gory bloody scenes. Luckily, no one needed an emergency stop.

Ticketed and through the turnstiles at Knotts, the kids dispersed immediately and without notice, while the parents looked on in dismay and looks of acceptance/defeat. The realization that our kids were too old to want this shared experience with us parents, well, it hit hard.

We managed to boost our spirits by banding together as roving pack of parent maniacs, hitting all the giant rollercoasters and other scary rides with gusto and abandon. In fact, we found out later that we parents went on more of the crazy rides than most of the kids. Score one for the oldtimers!

My favorite was the Supreme Scream, which raises you more than 250 feet in the air – and then drops you at 50 miles an hour in a free fall. We could see downtown LA in the distance before our rapid descent, and it was hilarious to hear fellow parents Jason and Dawn scream bloody murder on the way down. My good friend Lauri and I rode the Silver Bullet, which is a stomach-turning thrill ride where your feet dangle beneath you as the ride twists, turns and inverts through loops and corkscrews. Another favorite was the Xcelerator, which starts out launching at high speed and never lets up through a rapid series of heights and turns.

I’m sure the kids were around the park somewhere, but we were having too much fun to try and catch them. “Text us if you need anything” we messenged our kids, receiving sparse response.

After finding part of our crew and hanging out together in the beer garden (yes thank god there is a beer garden) we waited in the horribly long and hot line for the raft ride just so we could get drenched. It was worth it to hear the mom giggles and screams as we bumped down the rapids. Of course, we had to muse about that water and how many things were in it besides the water. Thank goodness for chlorine.

Oh! And at one point in the middle of all this hilarity, the kids performed their band favorites on stage – and they were awesome! We were all so proud to see and hear our kids play to a crowd of strangers inside a giant amusement park, and receive warm applause throughout. They played really well, which after all was the reason for this trip.

Next year, I can’t wait to hear the fun stories of this great adventure as told by someone else’s parent who was actually there. Because I will not be.